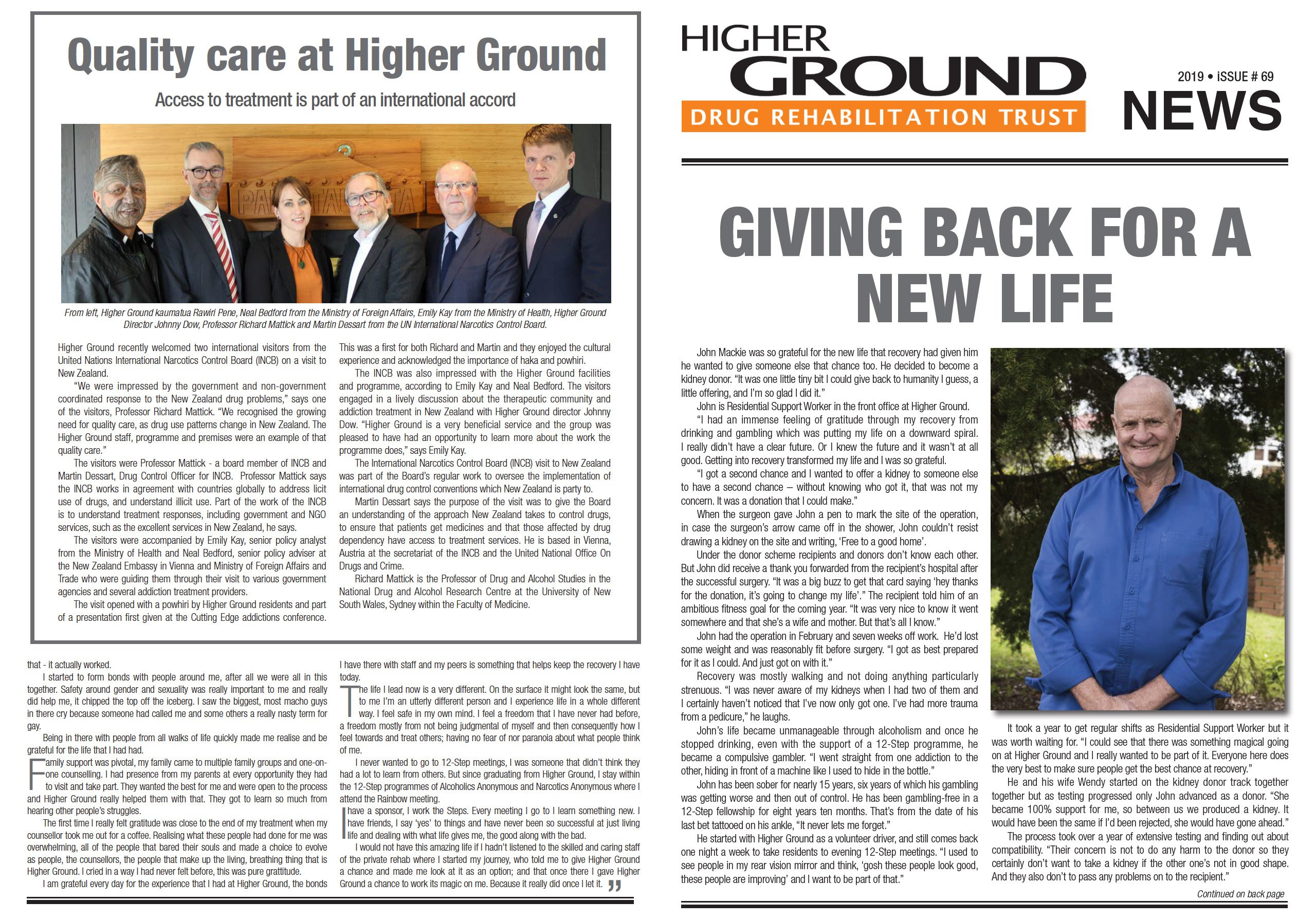 John Mackie was so grateful for the new life that recovery had given him he wanted to give someone else that chance too. He decided to become a kidney donor. “It was one little tiny bit I could give back to humanity I guess, a little offering, and I’m so glad I did it.” John is Residential Support Worker in the front office at Higher Ground.

“I had an immense feeling of gratitude through my recovery from drinking and gambling which was putting my life on a downward spiral. I really didn’t have a clear future. Or I knew the future and it wasn’t at all good. Getting into recovery transformed my life and I was so grateful. “I got a second chance and I wanted to offer a kidney to someone else to have a second chance – without knowing who got it, that was not my concern. It was a donation that I could make.”

When the surgeon gave John a pen to mark the site of the operation, in case the surgeon’s arrow came off in the shower, John couldn’t resist drawing a kidney on the site and writing, ‘Free to a good home’. Under the donor scheme recipients and donors don’t know each other. But John did receive a thank you forwarded from the recipient’s hospital after the successful surgery.

“It was a big buzz to get that card saying ‘hey thanks for the donation, it’s going to change my life’.” The recipient told him of an ambitious fitness goal for the coming year. “It was very nice to know it went somewhere and that she’s a wife and mother. But that’s all I know.”

John had the operation in February and seven weeks off work. He’d lost some weight and was reasonably fit before surgery. “I got as best prepared for it as I could. And just got on with it.”